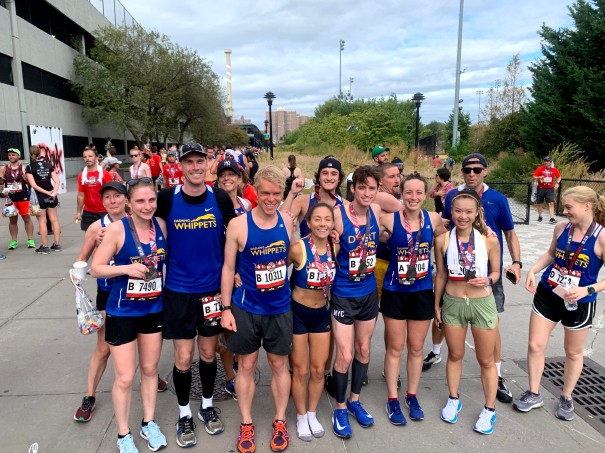 I was on the fence for this one. Being two weeks out from a marathon, racing is maybe not the smartest idea and I hadn’t done much speed work since it’s summer and summer + speed work isn’t my thing. I sweat too much and overheat to quickly for that. On the other hand, this was the best opportunity for me to try to move up a corral since its a longer race and on a flatter course.

Despite being at the tail end of a 75 mile week, legs were feeling good; sprightly even. I clocked 6:45 for the first mile and was shocked at how easy that felt, I decided to go with it and see how long I could hold on. I ran fairly even splits for the first half and realized that if I could negative split even slightly, I’d move up corrals. 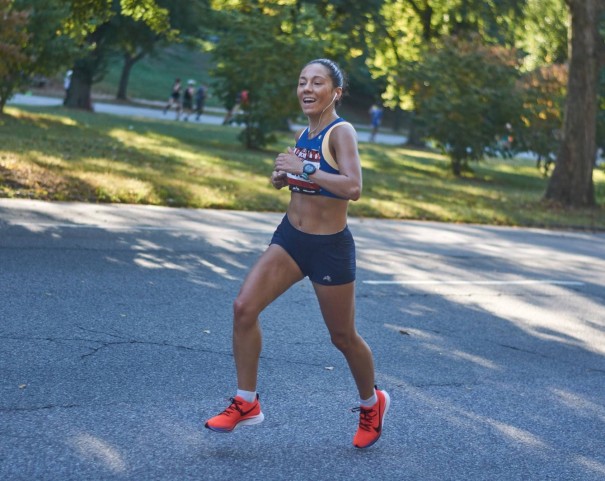 I usually despise out and back courses, but this one was fun — I loved seeing everyone on the other side! Around mile 7, I started doing mental math and realized I could actually slow down and still hit the time I needed if I started to not feel well; and a part of me was not feeling well – the heat was starting to make me a little nauseated.

Having started fairly far back meant that I was passing people the entire way, so I shifted my mindset from running a particular pace to catching people. Mile 8, I started to do more mental math and realized I could potentially go under 67 minutes if I kept it up, it would be close but I could do it.

Mile 9, I started to fade slightly – I think it was my stomach forcing me to slow a bit and I knew if I got a side stitch there’s no way I’d be able to hold on. Despite grabbing water at every stop and gatorade plus water as some, I was a bit dehydrated due to having a very high sweat rate. Towards the end of mile 9 something lit a fire, I don’t know if it was more mental math or trying to reel in other people.

Mile 10 – 6:03; I was on fire. Legs were still feeling good and I was ready to completely empty the tank if possible. I ran hard and with no awareness of how fast I was going and at no point was I wondering when it was going to be over – I was (somewhat unfortunately) ready to keep going and keep hammering down. I crossed in 66:36 and felt fantastic, but was bummed this wasn’t a half and knowing that I could have mostly kept up that pace. 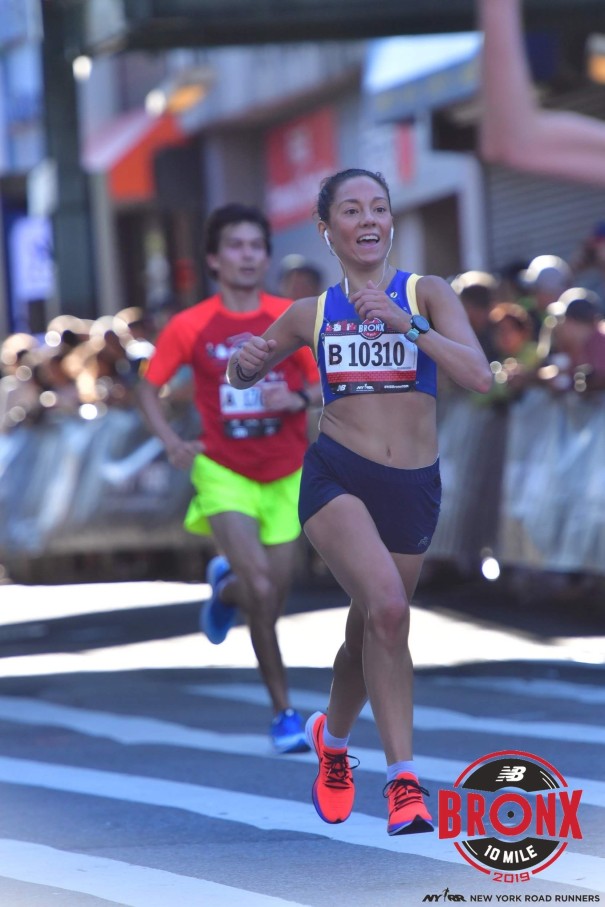 It was the confidence boost that I needed going into Chicago and helped me pick a marathon pace that was both challenging but reasonable. I felt that the Brooklyn Half was far too long ago to make any fitness assumptions off of and the summer left me unable to do much speed work. This was how a race should feel, conservative as you settle in, hard as you fight to hold on and hammer down the pace then emptying the tank with no concern over pace. I felt great and there wasn’t a better way to head into the taper than with a bit of a confidence boost.